The US immigration authorities have come under scrutiny for their use of a smartphone app to monitor over 250,000 immigrants in the country. Developed by BI Incorporated, a subsidiary of private prison company GEO Group, the app, called SmartLINK, is used to monitor immigrants during conditional release, a status granted while their cases are being processed in immigration court.

The conditional release allows immigrants to live in the community while they await the outcome of their cases, rather than being held in detention centers or required to wear ankle monitors. The use of SmartLink has rapidly increased since its introduction in 2017, with over 80% of the 280,000 people on conditional release now monitored through the app. The program has continued under the Biden administration, which presents it as a humane alternative to detention or ankle monitors.

SmartLINK requires users to check in weekly by taking and sending a selfie, which is then checked against their government-issued ID. However, this process has not been without issues. In one instance, a Honduran immigrant living in Pennsylvania experienced a glitch in the app, causing her selfie to not deliver. This led to fears that she could be incorrectly perceived as avoiding the authorities and potentially harm her chances of remaining in the US. “That whole day, you can’t imagine how I was feeling,” she said in Spanish. “If they come knocking on the door, what will I say, what will I do?”

Immigration advocates have raised concerns about the potential for the app to malfunction, as well as the lack of transparency surrounding its use. While the app may be more discreet and convenient than an ankle monitor, which requires users to be physically tethered to an electrical outlet to recharge, it also lacks the legal safeguards and due process associated with detention or ankle monitoring.

Additionally, there are concerns about the role of private companies in the immigration system. BI Incorporated is paid by the US Immigration and Customs Enforcement (ICE) agency to carry out the monitoring, and the app’s costs are not broken out. However, the overall cost for the Intensive Supervision Appearance Program, which includes SmartLINK, is approximately $4.11 per day per immigrant, according to Department of Homeland Security budget documents.

Furthermore, the app’s in-app database of local community services and ability to allow participants to send messages and documents to officers and case specialists may not adequately address the broader needs of immigrants, such as access to housing, healthcare, and education.

Despite these concerns, the use of SmartLink has continued to expand. As officials work through the large backlog of immigration cases, many thousands of immigrants may be required to use the app for years as they await the outcome of their cases.

The increasing reliance on technology to monitor immigrants raises broader questions about the role of surveillance in the immigration system. While technology may offer some benefits, such as convenience and cost-saving, it also carries the risk of malfunction and the potential for abuse or misuse. It is important for the authorities to carefully consider the implications of using such technology, and to ensure that the rights and needs of immigrants are protected. 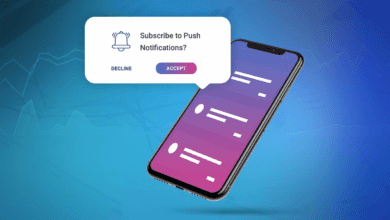 OneSignal VS iZooto. Who is The Best?

Build Your Own Cyber Lab at Home

How to Get the Most Out of Your SEO Tools 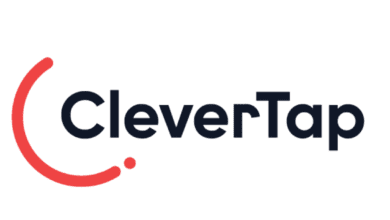 A+ What is Clevertap app inbox? and how to use push notifications